A Faith-Filled Response to the Lord’s Powerful Work 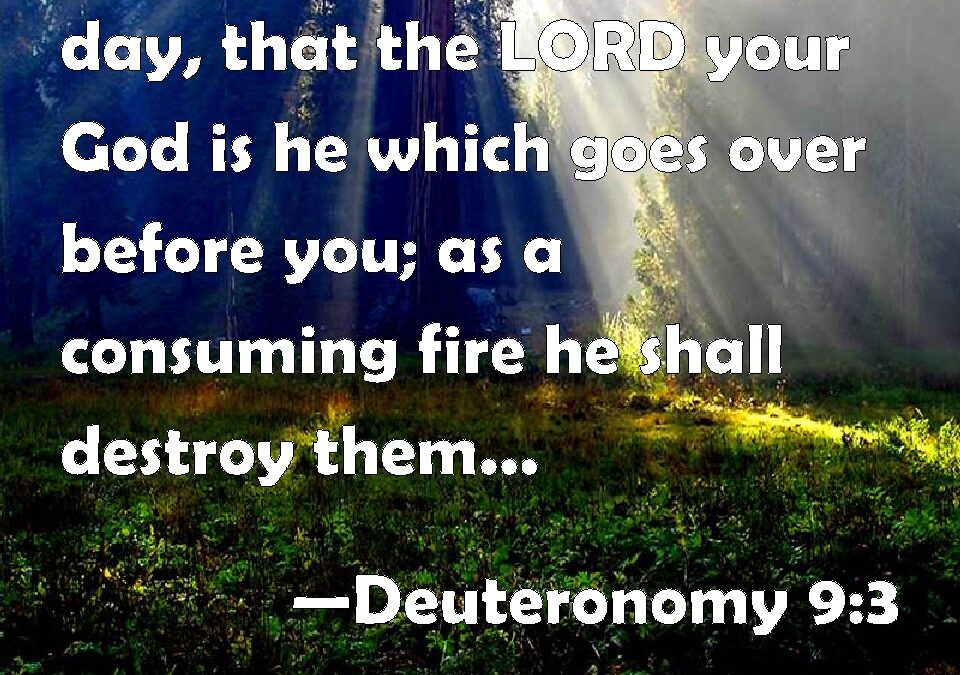 How exactly did he go before Israel to humble their enemies, according to what Moses writes in Deut. 9:3?  One way is portrayed in Joshua 2:9 when Rahab explains to the spies why she protected them– the terror of you has fallen on us, and that all the inhabitants of the land have melted away before you. Apparently, the Lord sends his reputation before Israel and turns their enemies into something like skittish, small children during an intense thunder storm. Before the battle begins the foes of Israel are terrified out of their minds. In other battles, the Lord confounded the enemies, so that they were weak or foolish in battle. That’s exactly what Moses said God would do in Deut. 7: 23 But the Lord your God will deliver them before you, and will throw them into great confusion until they are destroyed. If you’re terrified you can’t fight. If you’re greatly confused you can’t fight. These pre-battle attacks were a sovereign work of the Lord to subdue Israel’s enemies to the point that they could quickly defeat them. Oftentimes the battle was over before it begun. However, this wasn’t obvious until they started fighting. It took faith and courage to step out against a stronger foe.

There was a risk from a human standpoint, for if God didn’t act like he said he would they were finished. Here’s the point for us: we’re flat out ignorant as to all the things the Lord is doing behind the scenes in the spiritual realm. He has promised to conform us into the image of his Son and he will fulfill it according to his plan and purposes.  For instance, He gives us spiritual strength; he guards our thoughts; he keeps us away from tempting situations that will crush us; he restrains the evil one. Knowing that, we should be taking risks as well. Risking what?–Our comfort, our reputation, our desire to be noticed and praised, our propensity to control things, our self-protective mode that refuses to allow us to be vulnerable.

Faith requires risk because true faith acts on things that are unseen. Faith acts merely on the promises of God, so we will risk those things just mentioned if we truly believe what God has said.