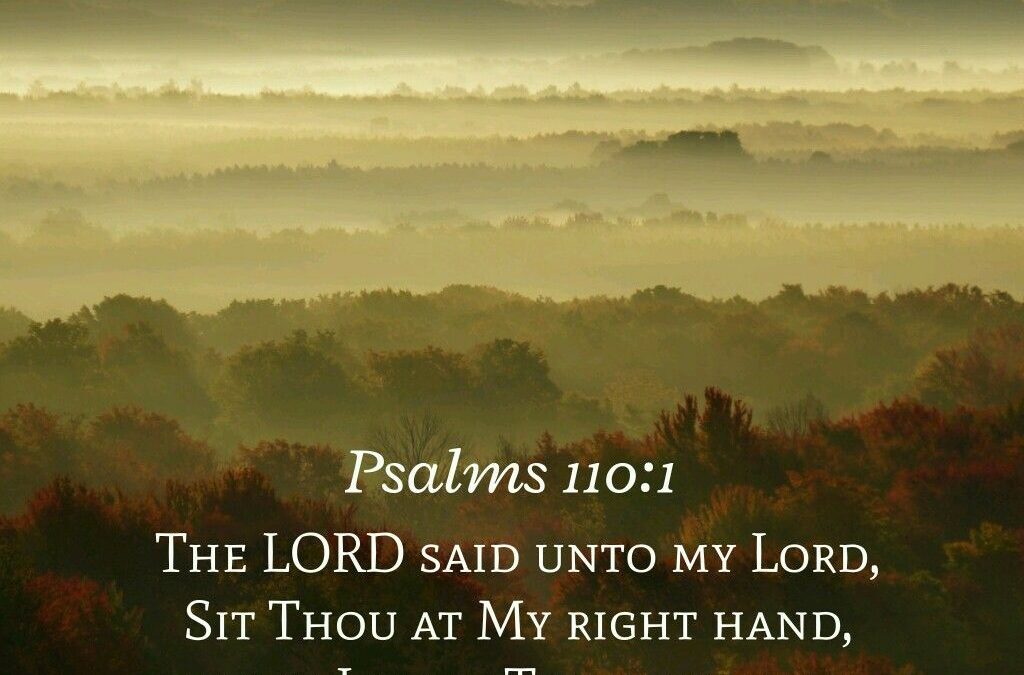 So how are we to think about God’s reign as it relates to our present time and as it relates to the future reign of the final David, who is the Messiah? This is a question of utter importance right now for there are many Christians who deny the straightforward sense of what David reveals here in Ps. 110, which is supported by countless other OT texts. There are many groups of postmillenialists, amillenialists and Kingdom Now folks who believe that Christ is currently reigning over his kingdom, in strictly a spiritual sense of course, and He is waiting to return until the world looks a lot more like it should with regard to all the kingdom promises in the OT. You can probably easily see how this can lead one to hope in social reform and political advancements.  Those clearly must not be sources of hope for the Christian.

So the question before us is this: Does your hope consist of something only Jesus Christ can and will do in such an obvious way that the entire world will see it for themselves? If we lose hope in God’s unfailing promises to unveil the conquering King upon the earth, it will be easy for us to lose our focus on Christian ministry and get caught up in man-made solutions. Those are things that culminate in this age and not in the age to come.

Let us then hope in the One who has completed His work for the time being and has sat down at the right hand of God.  However, He will come again as a fierce judge to take rulership over the entire world since it already is rightfully His.  That is the hope of King David and every believer before and after him.