Love is the Ultimate Indicator of Spiritual Life 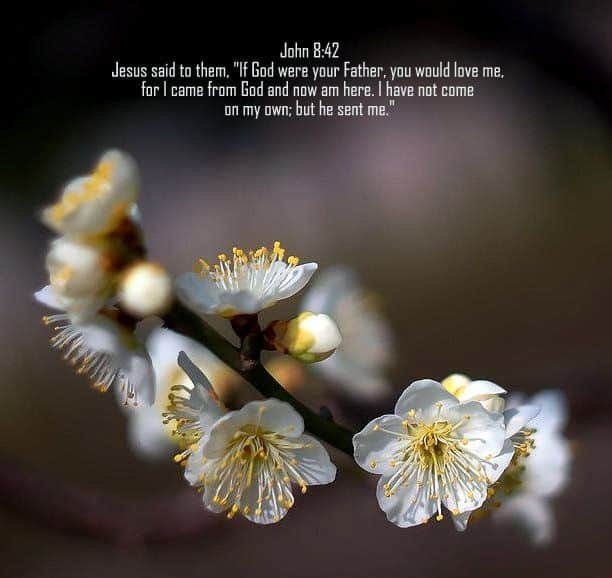 Unlike his hearers’ responses, Jesus responds directly to their assertion in John 8:42 and the original grammar assumes both parts of the conditional statement to be untrue—If God were your father (but he’s not), then you would love me (but you don’t).

This is so polarizing, the chapter could end right here. Jesus doesn’t say that if God were their father, that they would listen more carefully to him or show him a little respect, but that they would love him! We’ll get to that in a minute, but first notice that Jesus supplies a couple reasons for that statement in the remainder of v.42. The wording sounds similar to previous teaching, but what Jesus is putting forth here is that he was sent directly from the presence of God and that now he is present among them. This was not something he conjured up on his own, but God sent him. Therefore, if they know and love God as their father, then it would be completely appropriate to expect them to love his unique, one-of-a-kind son who has been sent to them.

So by introducing love into this dialogue, Jesus exposes their unbelief and deception with the utmost clarity. Reason being, love carries with it connotations of high esteem and is manifested, according to Jesus in John 14, by obeying him. What an outstanding indicator of where someone is at with the Lord—Do they love Jesus?—Not just say some nice things about him; not just pray to him before meals and when we are sick; not just throw some church attendance in the mix of our existing lives. Rather, to love Christ means that we esteem him above everyone and everything else; that his will is the supreme ruling standard of our lives. That’s how to recognize a child of God.

Now compare this with those hearing Jesus in John 8—It demonstrates that they are not even close to knowing or honoring God, since they hate Jesus to the point of wanting him dead. So this connection between having God as one’s father and loving Jesus, makes their opposition to him and his teaching all the more sinister and revealing.