Refusing to Meddle in God’s Affairs 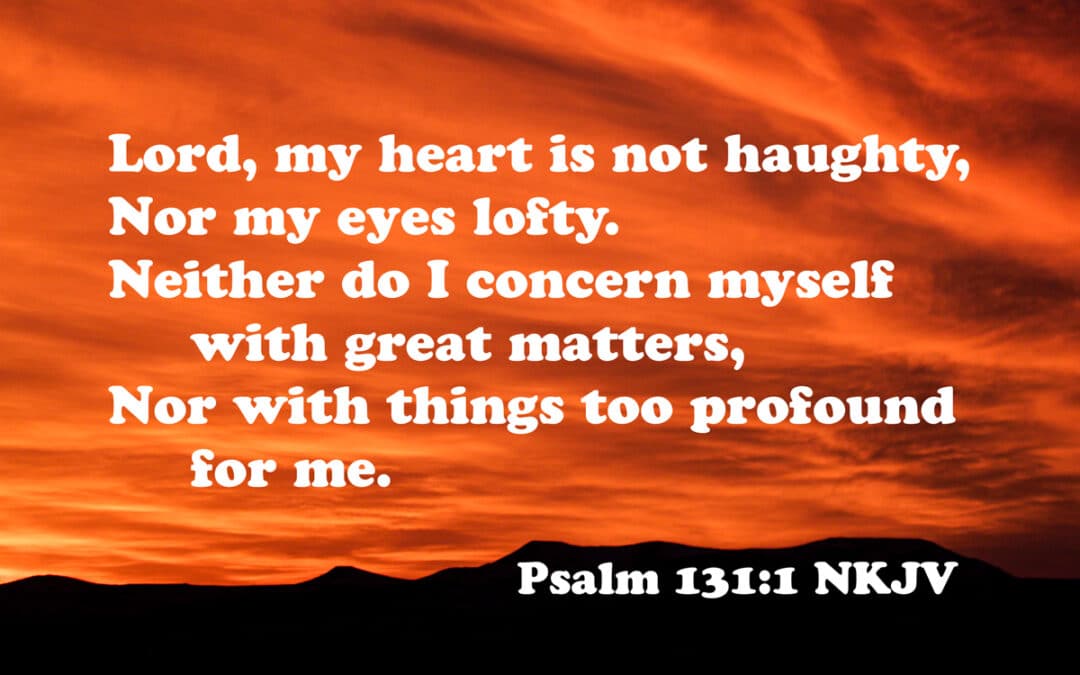 In the final 2 lines of Ps. 131:1, David transitions from what he does not have to what he does not do. Namely, he doesn’t walk in things too great or marvelous for him. At first read, this is shocking because things that are great and marvelous sound like pretty good things.  However, keep in mind that he’s probably not referring to mighty victories or anything like that, but this part of the verse is likely referring to his thoughts.

In that way, we can gain some insight from the book of Job. Remember what he said in the last chapter after he had contended with God and at least indirectly called God’s character into question–Job 42: 3…I have declared that which I did not understand, Things too wonderful (marvelous) for me, which I did not know.” Job tried to jump in the deep end of God’s sovereign purposes and therefore he got in over his head very quickly. As it turns out, the word wonderful or marvelous is often translated difficulty. The secret will of the Lord is too difficult for us to grasp.

Not only do we lack the ability to comprehend these things in our finiteness, but God doesn’t owe us an explanation of our circumstances since he has given us his purposes revealed in his promises. In fact, according to 2 Pet. 1, God has provided us everything we need for life and godliness, so as Deut. 29:29 says, the revealed things are for the sons of God, but the secret things belong to the Lord.  So let us quiet and compose our soul in the sovereign ways of our Lord.