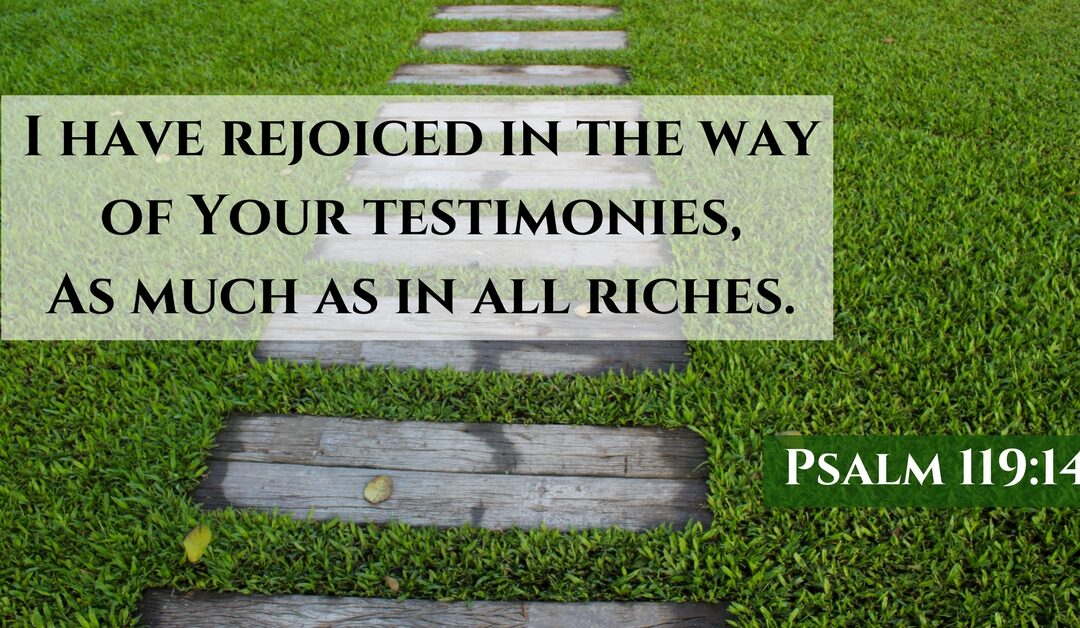 In light of the joy the Psalmist expresses over the word in Ps. 119:14, it’s no wonder that in v.15, the Psalmist directs his mind to and constantly mutters the truth and pays close attention to walk in God’s ways.  This meditation is directed towards God’s precepts, which are his appointed charges given to man.

Once something is assigned a great value, it would be absurd to forget that which one is trusting in and that which provides one’s security and satisfaction. So this is essentially a commitment to refuse to allow God’s word to slip away from his mind due to the defiance of laziness or the carelessness of distraction.  What a great and necessary object of meditation!