The Basis of God’s Forgiving Favor 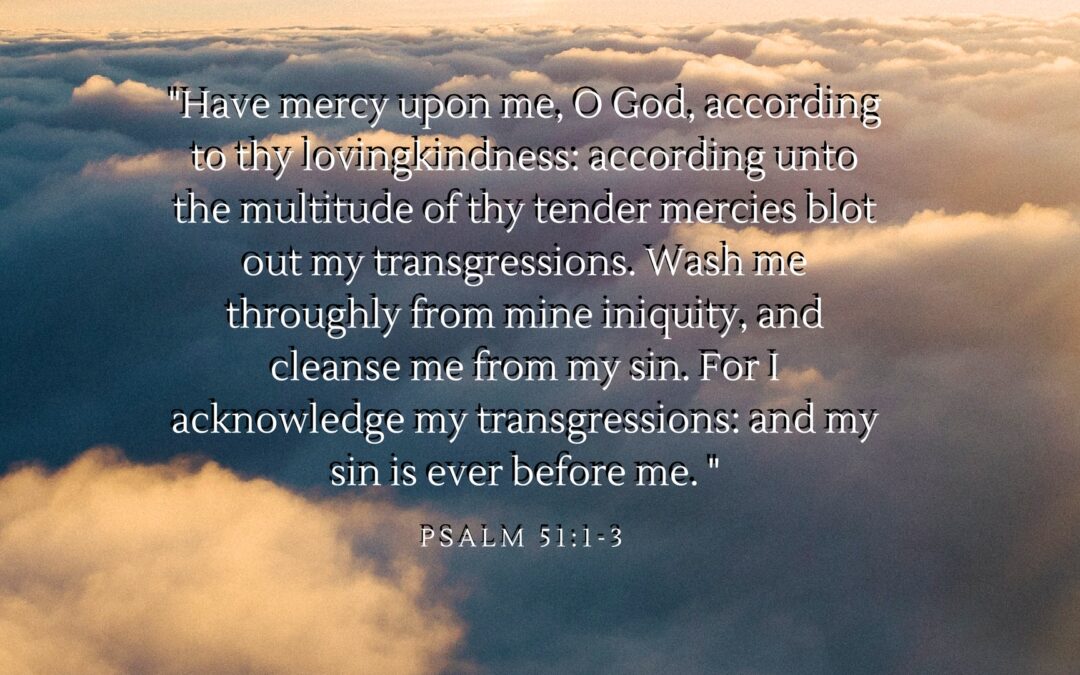 Furthermore, it’s on the basis of these attributes that David asks that his transgressions or rebellious acts be wiped away or erased.  There was no ignorance involved in David’s sin since he was very familiar with God’s holy standards.  Despite that, he is asking that his wicked acts be thoroughly removed from his record.

This first verse is so similar to the cry of the tax collector in Luke 18, who simply prays to God—be merciful to me, the sinner.  If we can’t resonate with that tax collector or with David, then self-righteousness has puffed us up, giving us an inflated view of ourselves.  Accordingly, this request from the tax collector, along with David’s request in v.1, would be an absolutely preposterous request if either were attempting to make the basis of granting it anything in themselves.  But they both know only God can accomplish what they’re asking for and it’s on the basis of who God is.  This is a common theme throughout Psalm 51, which implies that self-restoration through self-atonement is one of the most irrational concepts a human being can cling to.  Only God can accomplish the grace requests David seeks in order that he may be restored after sinning against his God.

Of course, for the Christian, we know that God’s love and pity for sinners is most clearly expressed at the cross of Christ.  For all in Him, He has guaranteed forgiveness and acceptance before God with his own blood (Heb. 9:11-14).