The Glory of God’s Slowness to Anger 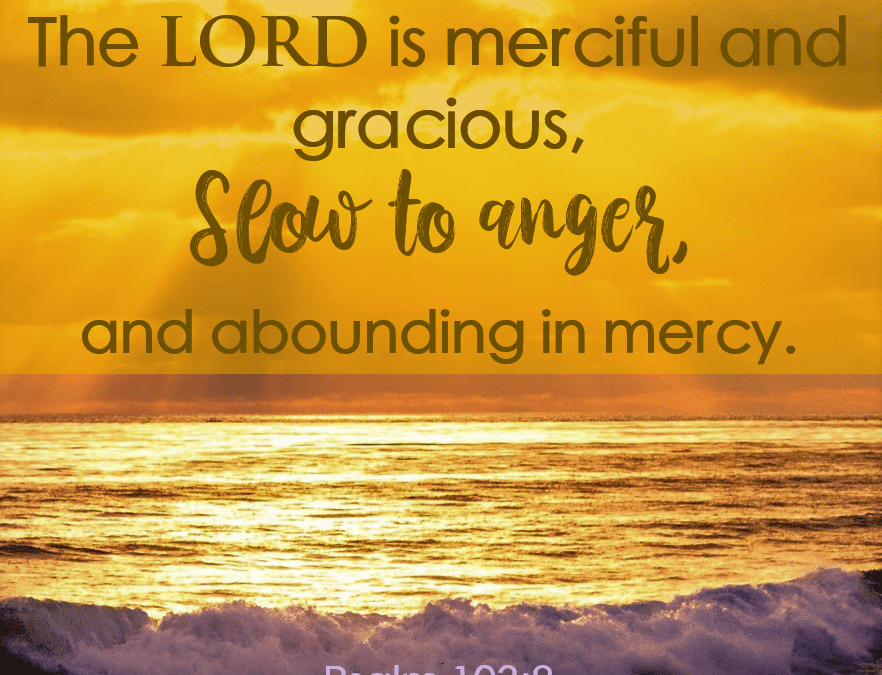 In the 2nd line of Ps. 103:8, David writes that Yahweh is slow to anger. It’s an interesting Hebrew phrase, which literally reads, long-nosed. It means it takes a long time to reach a flaring up of the nostrils. The opposite of this is similar to when we describe someone as having a short fuse, which means there is a short amount of time between an offense and an explosion of anger. It can also mean that someone cannot absorb any difficulty or tiny inconvenience from another person without flying off the handle. In contrast, the Lord is said to have a long fuse or in other words, he takes a long time to get to the point of anger. Keep in mind that this attribute doesn’t infer an absence of God’s anger. Instead, it means that he is not constantly firing off his judgments on a moment’s notice. If he did, no sinner could have any hope of remaining in existence.

Throughout Scripture, the Lord often endures years and years of direct rebellion against his name before he acts in his righteous wrath. Even then, according to v.9, he doesn’t remain in that state on a long-term basis. He doesn’t perpetually contend or find fault with man, nor does he keep his anger forever. Imagine with me for a moment if v.9 was not true—every morning we would wake up prepared to pay the price for the previous day’s offenses against God. But instead of that, what do we wake up to?—an unceasing lovingkindness and a never-failing mercy that are both new every morning.  Bless the LORD, O my soul.