The Greater David Had Greater Suffering 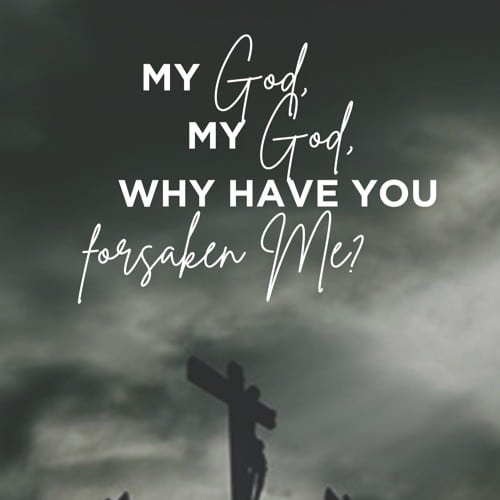 The ridicule Christ experienced while dying on the cross was not only cruel, but it contained the most twisted and perverted assessments of reality, coupled with some of the greatest expressions of unbelief ever to be uttered on the face of the earth.  For example, in addition to the mocking and wagging of heads that David also experienced in Ps. 22:7-8, the scoffers of Christ take it farther, as found in Matt. 27:42 “He saved others; he cannot save himself. He is the King of Israel; let him come down now from the cross, and we will believe in him.”  What they meant was: “He rescued others from life-threatening circumstances and even raised the dead; why can’t he also save himself by releasing his hands and feet from the cross?  If he does that, then we would believe.”

What they fail to understand is that he is a willing participant in his suffering and that his death will bring about the most glorious results out of all of God’s redemption actions.  So he is intentionally remaining on the cross for if he came down, the whole world is condemned and there would be no saving faith.
Ultimately then, Jesus Christ is being mocked for willfully laying down his life to save sinners, so unlike David, Christ is not a victim of circumstance, but rather a predestined victim unto salvation.