The Purpose of Ordinances 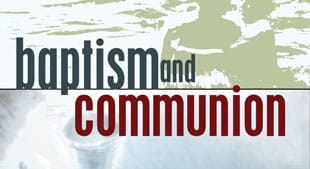 So, what is the purpose of the ordinances?

Despite the profound significance of these expressions, there is no inherent grace in the participation of these ordinances, which can easily be discerned by the myriads and myriads of people who have been baptized and partaken of the Lord’s supper and then have abandoned the Lord or never really committed to him in the first place.  To be clear, there is the grace of obedience in participating in the ordinances when accompanied by faith, just like there is in any act of obeying Christ AND there is grace involved in recounting the gospel and how Christ has applied the benefits of the gospel to each one of his people by faith.

That’s why, oftentimes, it’s asked: Can someone be a Christian and not practice them?  That’s the same question as asking: Can someone be a Christian and not express love to the body or not use one’s gifts for the edification of the body?  Similarly, participating in these ordinances do not bring about salvation, again evidenced by the multitudes of unbelievers who have participated in these things throughout the ages, however there can be no assurance of salvation when refusing to practice them simply because they are clear commands from the Lord Jesus.

In conclusion, Christians should neither over-emphasize the efficacy of participating in the ordinances, nor under-estimate the significance of them.