The Significance of the Lamb of God 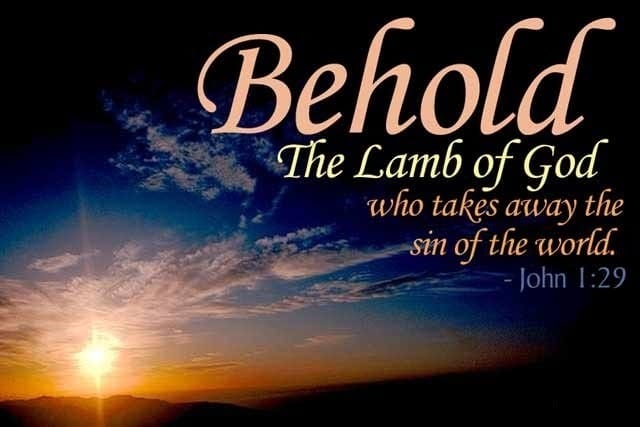 Here is a summary of the significance of John the Baptist’s declaration in John 1:29—while there may have been many lambs used for sacrifices, only God’s lamb would provide the necessary and permanent atonement for sin. No wonder it’s recorded that sinners receive from him one wave of grace right after another wave of grace back in v.16.

At this point in the gospel, both our author, John, and John the Baptist have unveiled the pinnacle purpose of the coming of the True Light into the world who is the fullest expression of the revelation of God—namely to show that no one can have forgiveness of sins and no one can even come to God apart from Christ’s atoning work. Again, the access to God is no longer going to be centralized in Jerusalem, but rather is going to centered on the Lamb of God. This is true to the extent that any who diverts their entire hope from the Lamb of God’s finished sacrifice by minimizing it or adding to it, will find themselves outside of its benefits in utter darkness and judgment.

Now because this is the first usage of this title for Jesus, John clarifies in v.30 that this was the One whom he was referring to all along. Notice that he refers to Jesus Christ as a man AND as one who had a pre-existence, which highlights both the human and divine nature in the God-man. Even though his earthly ministry will occur after John, the Lamb of God is far superior to John because the Lamb has always existed.

So John is making it abundantly clear that it is the Lamb who is greater; the One who will submit himself to death for the sins of the world is greater. John, like every other person, can only point to the source of salvation. The Lamb of God is himself that source.