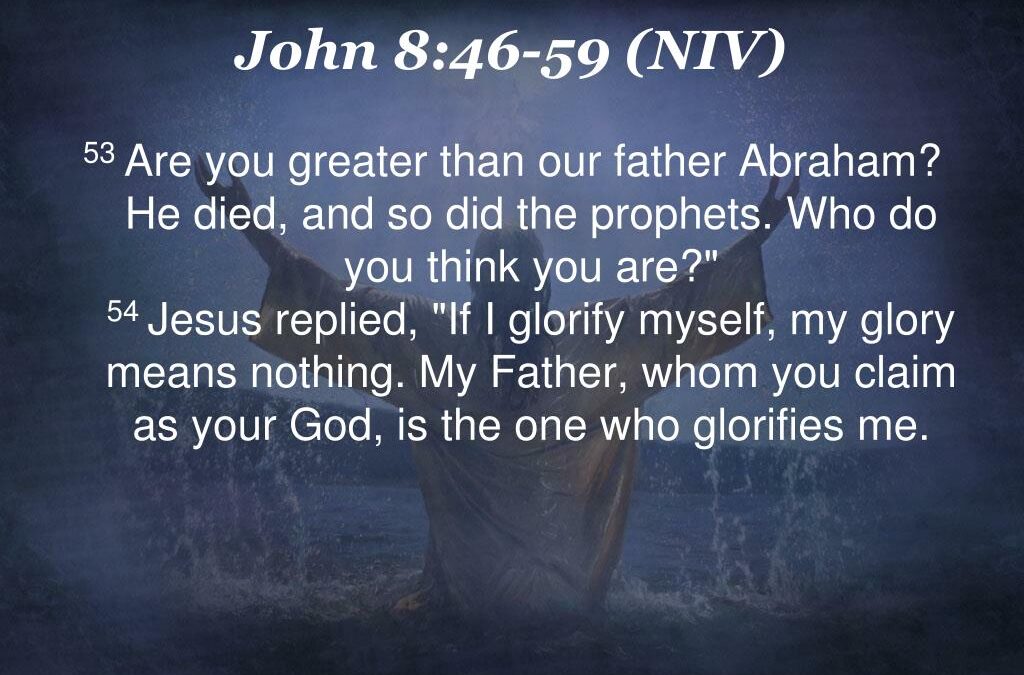 The Jews certainly catch the gravity of what Jesus taught in John 8:51 and because they don’t find any truth in it, they consider it audacious he would speak such words. Reason being, Abraham was the father of the faith and kept God’s word and yet he couldn’t escape physical death, so how could Jesus claim he would prevent those who keep his word from death? In this response, there is another squaring off between Jesus and the fathers of the faith. In 1:17, John wrote—For the Law was given through Moses; grace and truth were realized through Jesus Christ. Then the Samaritan woman at the well in John 4 asked Christ: You’re not greater than our father Jacob, are you? Here in John 8—You think you’re greater than Abraham?

After all this time, they still don’t know who they are dealing with and thus they can’t even process things in the right realm. They are so fixated on earthly prominence and earthly-mindedness, they are missing the only way of salvation standing right in front of them. Neither Abraham, Moses nor Jacob can save. Salvation only comes through Jesus Christ—John 1:4 In Him was life, and the life was the Light of men…Also, John 6:63 It is the Spirit who gives life; the flesh profits nothing; the words that I have spoken to you are spirit and are life. Again, if someone is blind to their sin problem, Christ’s power over sin and death is deemed unnecessary and even contemptuous. And when that’s the case, his words of life sound like misguided expressions of arrogance and ignorance to the real human condition. Such is the natural thinking that underestimates, and thus denies, Christ’s power of salvation.