Why the family is the best testing ground for church leadership 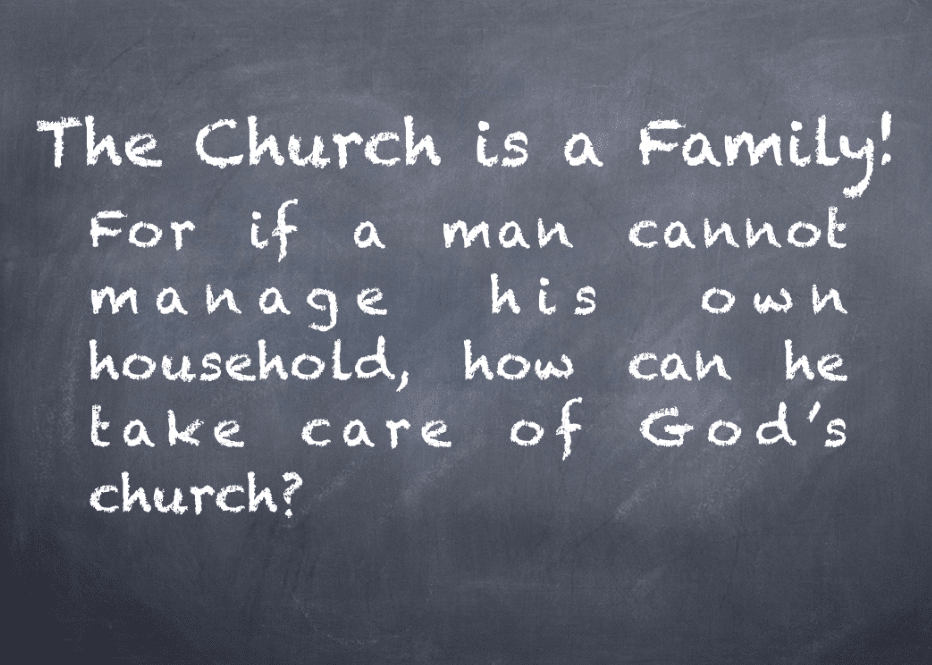 In 1st Timothy 3:4, Paul says an elder must manage his house not perfectly, but well.  Based on that, here’s just a preview of v.5—If an elder is willing to treat those few souls under his care at home with neglect, incompetence or harshness, why should he be given more souls to be responsible for in the church? But the question becomes: Why is insubordinate children so damaging to an elder’s character? It’s because of what it indicates about the leadership in the home.

In our society, when children are characterized by insubordination, the child is looked at as the main problem and often medicated as a result. However, the Bible puts the onus on the parents and especially the fathers. This accountability is ramped up in a pastor’s life due to the time demands of ministry and the abundance of preaching, teaching and discipleship, coming from the mouth of a pastor. This leads to an undeniable reality that there is a greater potential for neglect and/or hypocrisy in a pastor’s home. For instance, typically when young children are highly insubordinate, it is evidence of fatherly neglect, however when older children are highly insubordinate it could be neglect and/or hypocrisy. Older children react almost the same to both deficiencies from the father.

That’s why the children’s behavior is typically a great indicator of an elder’s leadership capabilities.